With July sales figures in, we see an incredible month for the big two followed by a solid showing for Image Comics taking a little under 10% of the market. To celebrate this astonishing capture of the market, we are offering 25% all independent comics for the month of September?!?!?!

For the month of July, only TWO non-DC/Marvel/Image books cracked the top 100 in sales and one of them featured Batman (Archie Meets Batman ’66 #1)! The other book was Elvira Mistress of Dark #1 (can’t imagine how that happened) from Dynamite Entertainment.

That’s right, we are going to celebrate the OTHER publishers that continue to hang in there and put out new material that often gets overlooked. For the month of September, any new and old release (wall books and CGC comics are NOT included) will be 25% off! Yes, that includes stuff in the white boxes! (sorry, trades are not part of the deal).

There’s Dark Horse, Valiant, IDW, BOOM!, Black Mask, Dynamite, Archie, Titan & all the other independent titles that fly under the radar on a weekly basis to choose from. Why are we NOT including Image Comics? Image does just fine and doubles the sales/units of any other independent publisher. Robert Kirkman does not need our help to sell books, that’s why they are not on the list. 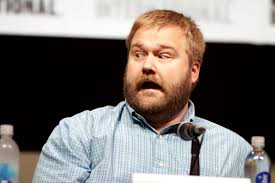 What is included is anything that is on your pull list from the above-mentioned publishers and/or that you put on your pull list and receive in September. We will also give you 25% off any independent back issue, special order(s) that we do for you, regardless of when it comes in from Diamond (let’s see how Turtle handle this one, his head is going to explode).

Did you ever want to try a Valiant book like Bloodshot or Faith! Now’s the time. What about Black Badge from BOOM!? (Oh, you want to read this, it’s AWESOME & is in stock!) Dig in! How about James Bond Origin #1, which comes out this Wednesday? 25% off! Why not dig into some back issues of Breathless from Black Mask or Pestilence from After Shock. How about something from Old England, like Doctor Who? We carry a full line of that weird, English stuff. Want to relive your childhood, how about Mighty Morphin Power Rangers?

We will turn our Staff Picks end cap into an independent book section so you can see what we are reading from the fine independent publishers. I think Turtle’s picks will all be from Black Mask 🙂 Make Mine Independent!